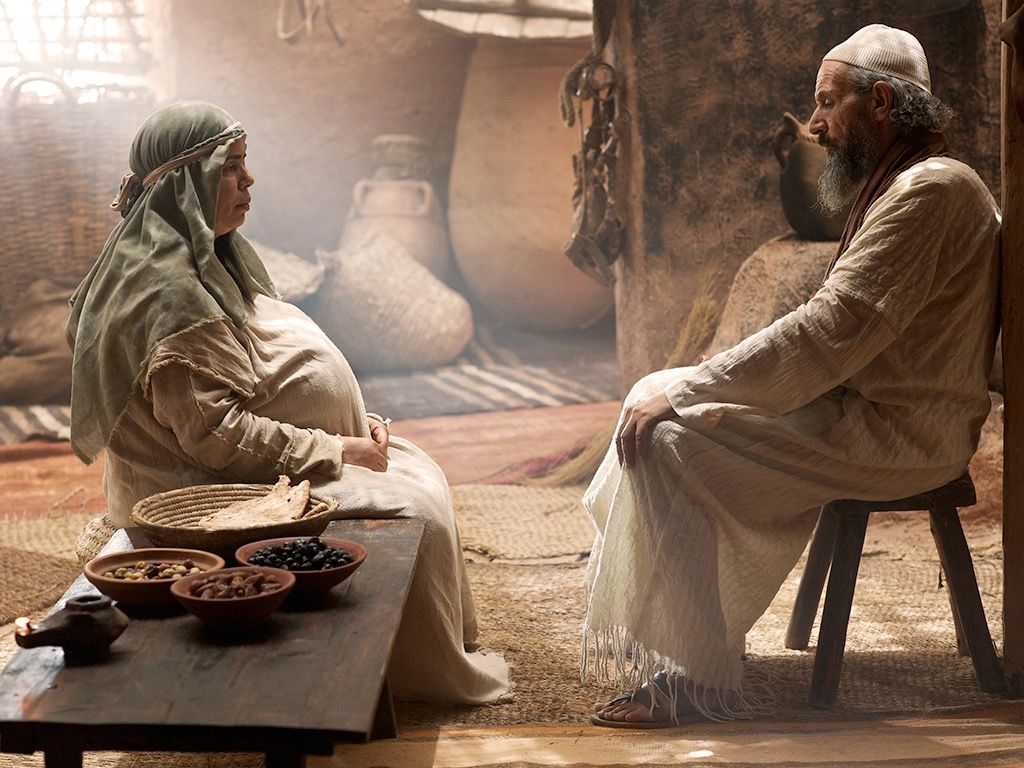 “Zechariah said to the angel, “How will I know that this is so? For I am an old man, and my wife is getting on in years.” The angel replied, “I am Gabriel. I stand in the presence of God, and I have been sent to speak to you and to bring you this good news. But now, because you did not believe my words, which will be fulfilled in their time, you will become mute, unable to speak, until the day these things occur.”

Meanwhile the people were waiting for Zechariah, and wondered at his delay in the sanctuary. When he did come out, he could not speak to them, and they realized that he had seen a vision in the sanctuary. He kept motioning to them and remained unable to speak.  When his time of service was ended, he went to his home.

After those days his wife Elizabeth conceived, and for five months she remained in seclusion. She said,  “This is what the Lord has done for me when he looked favorably on me and took away the disgrace I have endured among my people.” Luke 1: 18-25

No Silence Will Last Forever

By Brandon and Anna Huber

When Zechariah heard Gabriel’s message of his impending fatherhood, he asked God how he should know the announcement was for real, as if an angelic message wasn’t enough. Perhaps a priest like Zechariah was too used to reading the cryptic prophesies of the coming age and had come to not take God at His literal word. God answered by taking away Zechariah’s speech. Zechariah’s silence in itself was not the whole sign; his speech would return when the promise was fulfilled. Perhaps he shuddered slightly at the familiar vagueness of “in their time.” Yet God would fulfill his promise before Zechariah’s eyes, and Zechariah’s first words would be those of praise and joy.

Elizabeth’s own reaction to the miracle is also surprising. Rather than broadcast it and celebrate immediately, she secluded herself for the first five months of her pregnancy. Did people doubt her pregnancy while she hid? If they did, there surely could have been no doubt when she reappeared in the middle of her second trimester. Perhaps it was a symbolic gesture, remembering how God had seemed hidden from her life until that moment when He was undeniable. For Elizabeth, her childless years were transformed from a shame to a testimony of God’s reality.

Silence communicates, emphasizing the other senses, and sounds around it. Our Father composes with both sound and silence, though He promises that no silence will last forever. Zechariah and Elizabeth testify to us that, though silence can be hard, God will break it with joy.