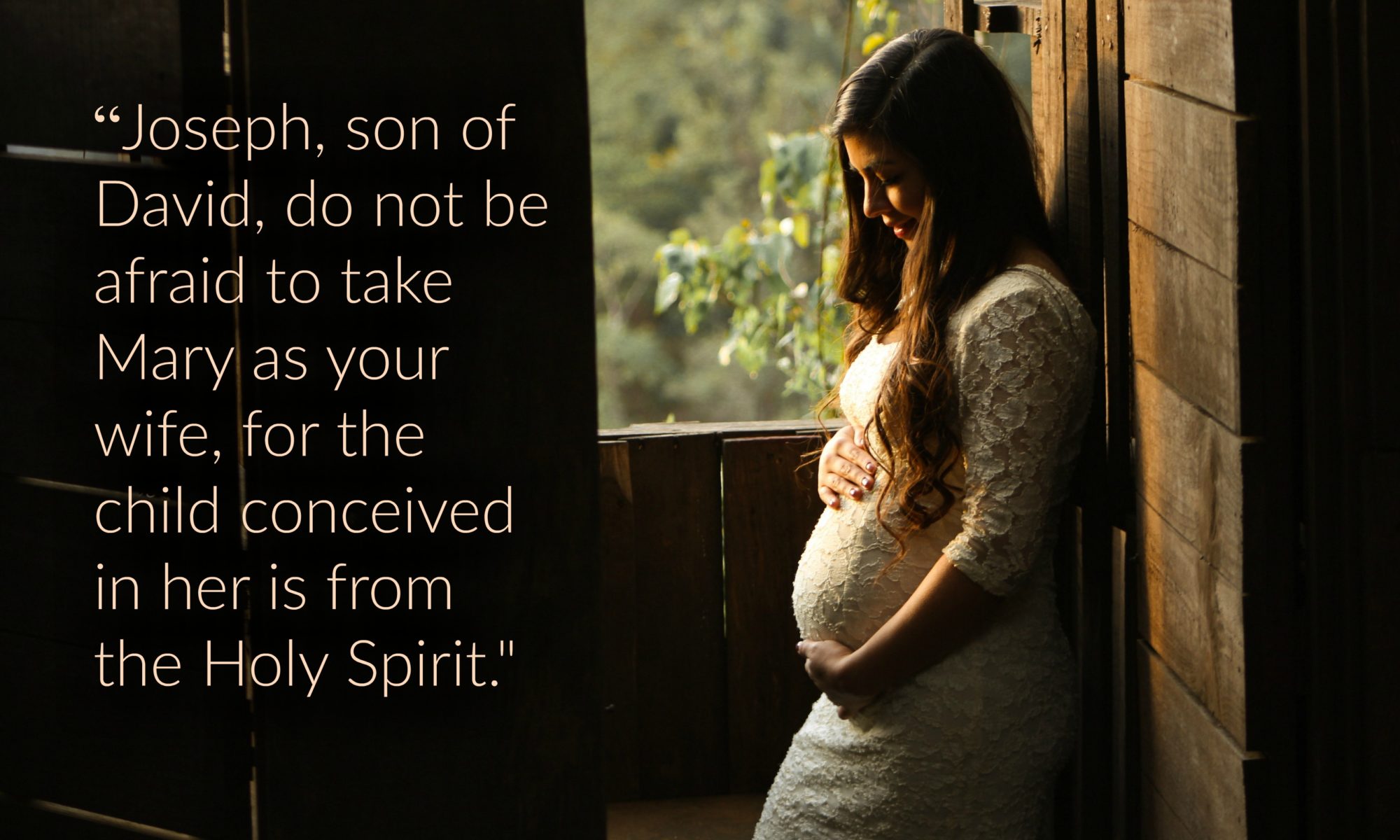 “Now the birth of Jesus the Messiah took place in this way. When his mother Mary had been engaged to Joseph, but before they lived together, she was found to be with child from the Holy Spirit. Her husband Joseph, being a righteous man and unwilling to expose her to public disgrace, planned to dismiss her quietly. But just when he had resolved to do this, an angel of the Lord appeared to him in a dream and said, “Joseph, son of David, do not be afraid to take Mary as your wife, for the child conceived in her is from the Holy Spirit. She will bear a son, and you are to name him Jesus, for he will save his people from their sins.” All this took place to fulfill what had been spoken by the Lord through the prophet:

“Look, the virgin shall conceive and bear a son,
and they shall name him Emmanuel,”

which means, “God is with us.” When Joseph awoke from sleep, he did as the angel of the Lord commanded him; he took her as his wife.” Matthew 1:  1-17

It was a common story – an arranged marriage between an older man and a younger woman.  Maybe they didn’t know each other that well, maybe they had only met a few times.  But then a complication; the young woman is already pregnant!  The man’s first instinct is to cancel the arrangement; after all, this certainly isn’t the bargain he struck with her family.  And then the most unexpected thing happens.  God speaks into His creation, after centuries of silence.  Who would ever have guessed that the Creator would take an interest in this ordinary and unremarkable situation?  Don’t back out of the marriage, the angel tells the man; this is a special child.  And by the way, he already has a name, and it isn’t your family name!

The rest of the story is so well known to us, that maybe we sometimes skip ahead and forget how extraordinary it all really was.  Of course the man swallowed his pride and doubt, and took a young woman pregnant with a child not his own as his wife.  Of course the young woman accepted her circumstance in faith, and set off on a difficult journey with a man she hardly knew.

But what if they hadn’t?  What if they, like Moses, had asked God to choose someone else?  Would Messiah still have come at that time and place, or would God have waited for another opportunity, another couple, to bring salvation into the world?  What if, in our own time, all that is needed for Messiah to come again is for perfectly ordinary people to accept in faith God’s plan for us?

Oh God our Creator, today we are thankful for ordinary people who put their trust in You.  May we, like them, accept Your extraordinary call in our lives.  Until Messiah comes again in power, Amen!